By the late 60’s and while still in high school, Jorge was playing with a four piece blues band in local San Francisco clubs. He was asked to join a band called THE MALIBUS, a nine-piece R & B group with horns. After a steady club gig which helped the band refine their sound, they changed their name to MALO. And, as part of the active scene in San Francisco in the early 70’s, the band was signed by Warner Brothers.

The group released four albums, with the self-titled debut album their biggest, driven by the single, “Suavecito.” By 1974, when the last MALO album was released, Jorge had found a comfortable identity as a career musician and was involved in all aspects of music.

On his own in 1974, Jorge appeared as a special guest with the FANIA ALL STARS in a concert held at Madison Square Garden in New York City. This performance has been released as both a video and CD on the Fania label.

After that show, Jorge moved to Mill Valley, California, and devoted his time exclusively to a personal exploration of music. Between 1975 and 1977, when he started putting a new band together, Jorge did little but play the guitar.

That period led to his first solo project for Tomato Records. Titled “Jorge Santana”, the album featured his own songs and arrangements. It was produced by Tony Bongiovi of the Power Station in New York and mixed by Bob Clearmountain. The album was well-produced and had a good selection of songs – all in all, a very commercial album.

The world lost a beautiful man, friend and artist when Jorge passed away unexpectedly in 2020. 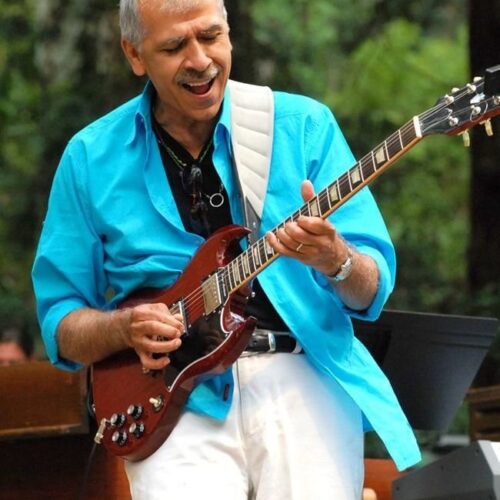